J.J. Corry Irish Whiskey has announced the launch of a new Mezcal and Tequila cask matured expression. The Battalion is a 60% 9 Year old Grain and 40% 13 Year old Malt Blend bottled at 41%. J.J. Corry The Battalion is the world’s first Irish whiskey made using tequila and mezcal casks to influence its flavour.

This Irish whiskey with Mexican flavours is named in honour of the Battalion San Patricos, (Saint Patrick’s Battalion) a group of Irish men who fought for Mexico in the Mexican-American War of 1846-1848. The Battalion was comprised mainly of Irish Immigrants, many from the West Coast of Ireland, who had defected from the American side to fight for Mexico.

Founder Louise McGuane commented: “Our latest release is a meticulously blended whiskey with tequila and mezcal cask influence. We decanted grain into mezcal and tequila casks and malt into mezcal casks to mature for seven months. We then vatted a grain tequila/mezcal blend we felt best expressed the agave notes we wanted to pull out of those casks. This was then blended with 40% of the 2006 Malt Mezcal influenced whiskey. The result is a really unique whiskey with green herbal notes and the slightest touch of agave. As bonders our effect on the final product comes from our approach to the blend and of course to the casks we use. We named it in honour of the men of Saint Patricos Battalion because independence has always mattered around here.” 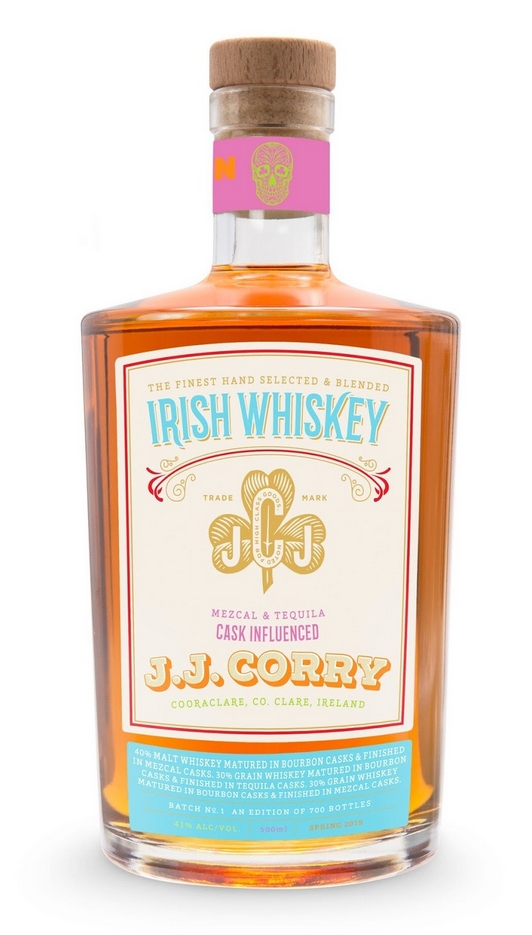