Laphroaig distillery has revealed the 2019 edition of the annual Càirdeas release, a bottling reserved exclusively for the Friends of Laphroaig and for the Fèis Ìle festival on Islay.

Laphroaig Càirdeas Triple Wood Cask Strength has been matured in ex-bourbon barrels, followed by maturation in quarter casks and ex-oloroso sherry casks. It’s bottled at cask strength (51.4% abv) without chill filtration and will be sold online for £77 (€89 / $99) per 70cl bottle. Some bottles will be available at the Laphroaig distillery shop during Fèis Ìle later this month, too.

Càirdeas Triple Wood is the successor of last year’s Càirdeas Fino Cask Finish and Cáirdeas Cask Strength Quarter Cask, which was released in 2017. 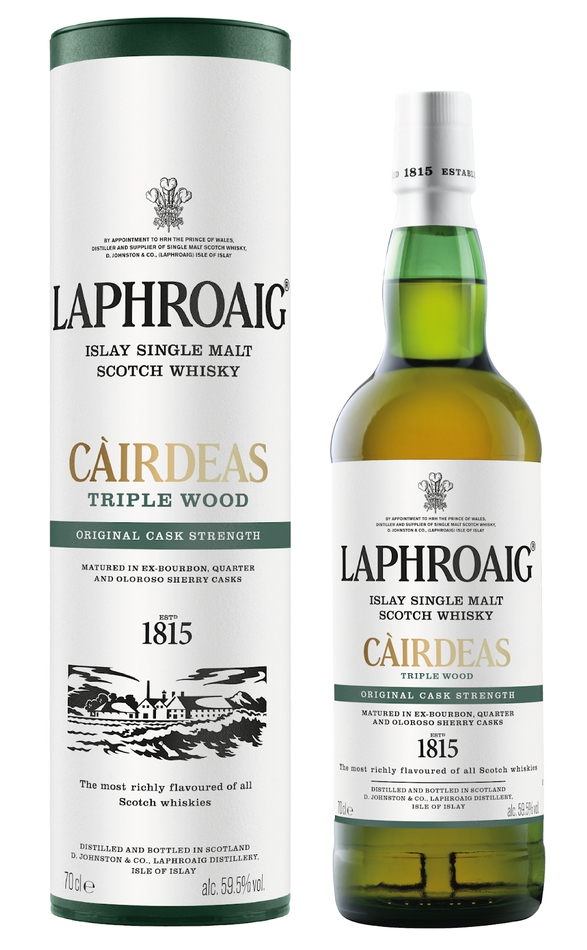