These are some of the most interesting new labels we spotted the past few weeks.

Earlier this year, Bruichladdich released Octomore 7.2, but it seems that a new version will be released in the near future as well. Just like the 6.3 and 7.2 it has been aged for 5 years, but at 169ppm, Octomore 7.3 seems to be less peated than the previous versions (258 and 208ppm). 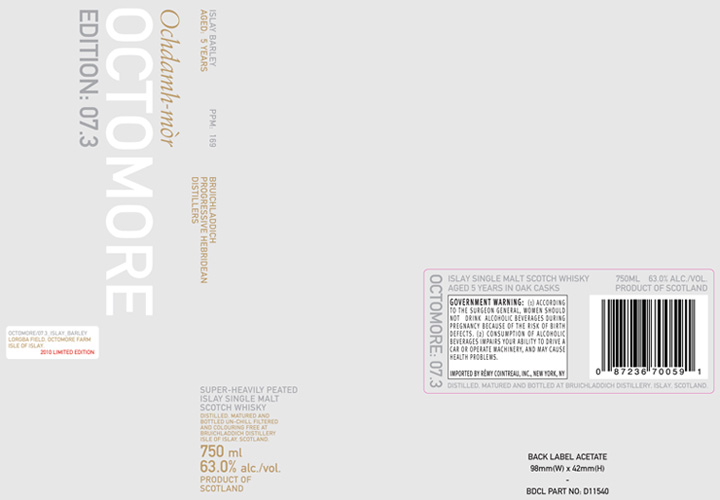 Two new Nàdurra expressions have been submitted. First, there’s a new edition of the First Fill Selection; batch FF0715 (with ‘0715’ referring to July 2015) is bottled at 53%. This is a lot lighter in comparison to last year’s 63,1% FF014, but in line with the other Nàdurra NAS-expressions. Since the first Nàdurra FFS (which genius came up with this abbreviation?) was a travel retail exclusive, you’ll probably see this new version in duty free airport stores only as well.

Somewhat more controversial is a theoretically mouthwatering new Peated Whisky Cask Finish. According to the label, it is bottled in July 2015 at 53% vol. This would be the first peated The Glenlivet single malt.

It has been suggested that Scapa’s 16 year old single malt will be replaced by a 14 year old expression. The release of a new ageless expression, Skiren, might fuel this discussion again. Interesting detail is Scapa’s apparently revamped logo. 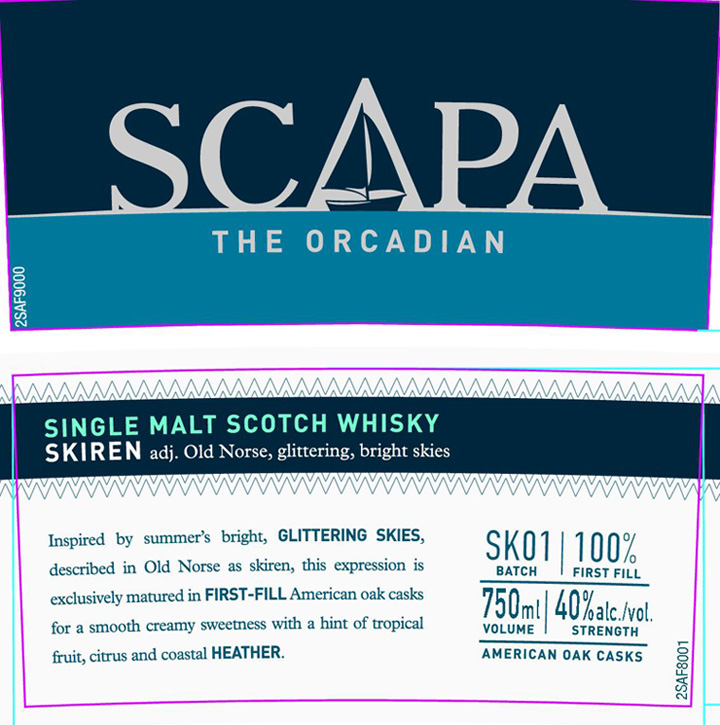 The current Longrow Red has been aged for 11 years, of which it spent 4 years in ex-Cabernet Sauvignon wine barrels. Longrow will release a 12 year old Red (52.9% vol.), which has been finished for one year in fresh Pinot Noir casks.

With a new mizunara cask (Japanese oak) finished whisky, Bowmore ‘combines the best of the East and the West’. Which is logical, since Bowmore is owned by Japan-based Suntory. This new release is bottled at 53,9% vol. and limited to 2,000 bottles.

There will also be a third release of both Bowmore 10 year old Dorus Mor and The Devil’s Cask.