These are some of the most interesting new labels we spotted this summer.

The Wolfburn distillery, a Highlands distillery that was reopend in 2013, expects their first single malt to be ready to enjoy in 2016. Their first bottle label has already been submitted for approval. What you can expect is a 3 year old, 46% single malt with ‘fruity and malty aromas and just a hint of peat’. Well, that sounds promising, to say the least.

In 2014, Johnnie Walker released their first edition of their premium Private Collection range. The 2014 edition was dubbed as ‘Unique smoky blend’, whereas Private Collection 2015 focused on the ‘Rare Fruit Character’. The 2016 edition is bottled at 43% and limited to 8,888 bottles and will have ‘Fine honeyed notes’.

This small Islay distillery releases a new Small Batch Release just about every year. This year’s edition is matured in ex-bourbon casks and has “a palate with a soft, full character and ripe fruit notes and a long, clean peat smoke finish”.

The fifteenth version of Diageo’s immensely popular Port Ellen releases will be limited to 2,964 bottles. Despite the extra-premium price, this 32 year old single malt will probably sell out very quickly.

The Macallan Edition No. 1

Edition No.1 is the first in a series of annual limited releases by The Macallan. This first version is matured in 8 unique European and American oask cask styles and, according to the label, ‘a characterful single malt beginning light and soft and finishing rich and dark’. It is bottled at 48%, which is remarkably high for a distillery release by The Macallan . 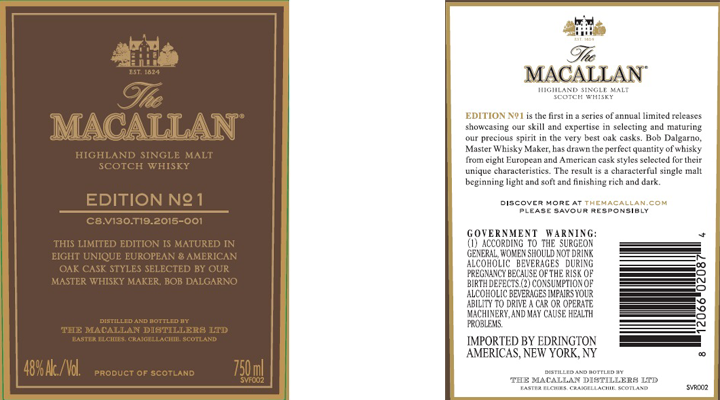 This 16 year old release is the second in a four-part series. The tasting notes on the label mention layers of orange zest, oak spices, ginger honeycomb, roasted almonds and nectarine. The 2nd chapter of The Renaissance is bottled at 51.4% and will probably (based on prices of the 1st edition) be available for around £75, or €75.

After Tùsail, Companta and several others, Glenmorangie Milsean will be the 7th release in their Private Edition series. It is a 46% vol. single malt, that was matured in ex-bourbon casks and then extra matured in former wine casks, that have been re-toasted for the purpose. 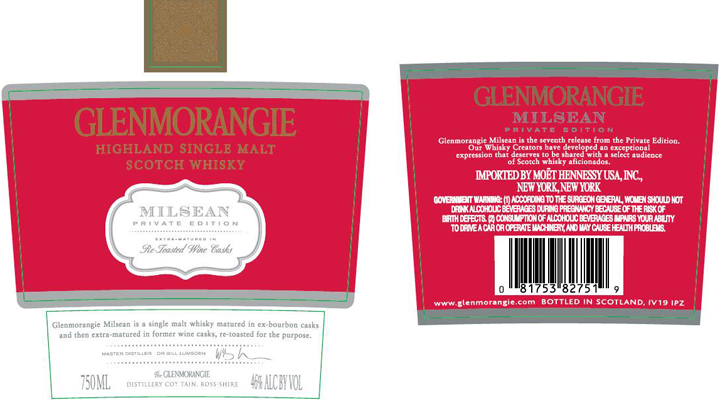 All labels via TTB Online